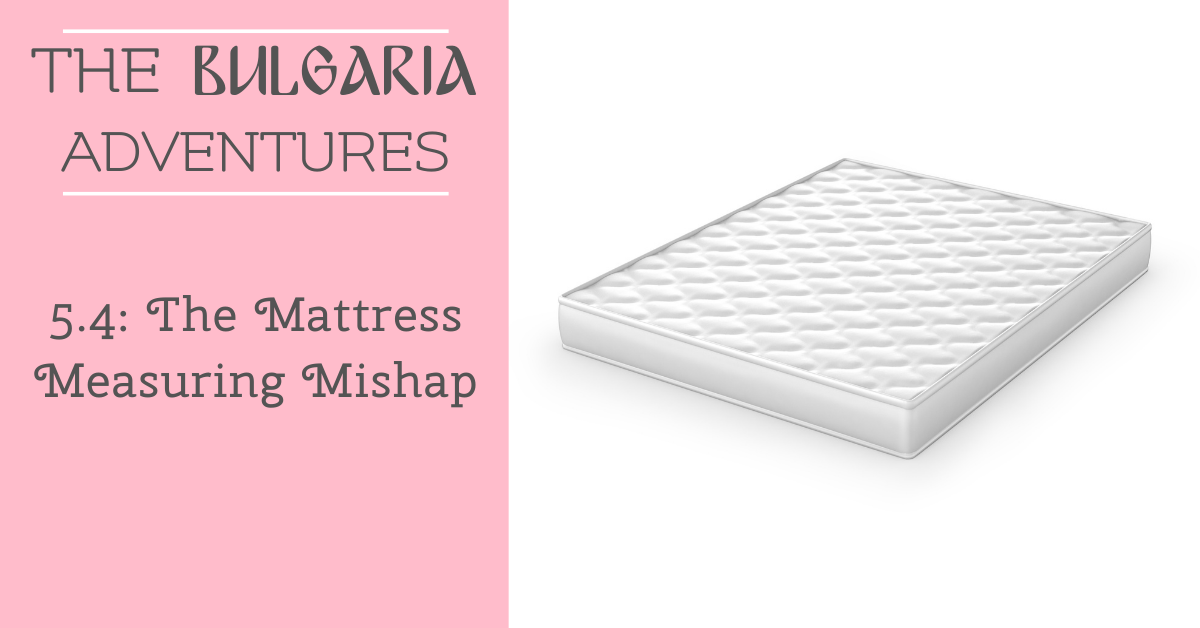 We woke up to another glorious day!

After breakfast I photographed all the doors and windows to send to the kind Bulgarian lady who helped me phone the police, so she could advise us on the best way of securing the house.

About mid-morning, I got a phone call from Praktiker to tell me the delivery driver was on his way to bring our order and that we needed to go and meet him in the village centre as he had no address to deliver to, despite the fact it was on our order (but the address wasn’t printed on the driver’s delivery note!).

I had to explain that we were in quarantine and not allowed to leave our property.

Cue lots of toing and froing with more calls as the customer service man tried to get our address to the delivery driver, the delivery driver phoned me himself and just said “Centrum” to let me know he was in the village centre, my trying to text him a hastily-translated-into-Bulgarian-via-Google-Translate message that we are in quarantine, plus a copy of the village map with directions to our house, etc etc!!

Eventually, the lorry turned up with one of the ladies from the village who we say hello to every time we come, as she walks her goats up past our house to a pasture up the hill!

The driver must have seen her in town and asked her how to get to our house, and she’d got in the cab and directed him herself, bless her!

After lots of “mnogo blagodarias” (thank you very much!), we got the delivery unloaded and paid for, then had to get it all into the house.

We’d decided to order a new mattress for the bedframe in the main bedroom.

The website didn’t give any indication that the mattresses are wooden based though (we thought they would just be like UK mattresses), and it weighed an absolute TONNE!

And had to be dragged by the two of us up the stone steps into the bedroom.

With B getting in the way, ‘trying’ to help.

I know he was trying so hard to be helpful, but because I’m not as strong as I used to be, I was really worried that he’d get seriously hurt, as I might let go of my side, drop it on his foot etc.

So we had to have a few words and ask him to keep out of the way, which triggered him somewhat too.

Eventually though, we got the blasted thing up and into the room, only to discover it was too long for the bedframe HAHA!!!!

Another downside of ordering online when you’re across the continent from your house is not being able to measure up things.

After considering trying to saw off the footboard so the mattress would overhang the end of the frame (then remembering our saw had been stolen!), and trying to find suitable things to raise the level of the mattress so it would be higher than the footboard and then be able to hang over the end, we gave up!

After getting it all made up, it didn’t look too bad actually, and after doing a test lie-down, we declared it perfectly comfy and suitable!

The rest of the order was a spare petchka (small stove) plus some pipework, as we’d been planning to get the Bulgarian style central heating radiator connected up in our bedroom for when we came back in November.

The great irony was that this was supposed to be an extra source of heat, but now that our main woodburning stove had been stolen, it would be our ONLY source of heat until we could afford another one!

And of course, the paddling pool, garden parasol, and base.

Which turned out to be nothing short of essential during the hot days to come, sometimes in the early 30s!

I was running out of yogurt for my breakfasts, so experimented with making home-made yogurt from the cartons of UHT milk we’d luckily bought, and a spoon of yogurt starter, and sitting it on the window sill to ferment.

The results weren’t great, so back to the drawing board with that one!

I also discovered the mole cricket had taken up residence in the folds of the wet blanket over the cool box, so I had to be careful I didn’t harm him every time I lifted it up to get in there.

So far, our temporary kitchen was proving really effective.

The refrigerated food in the cool box was staying cool and fresh with the help of the ice packs from the freezer, even if they did need replacing quite frequently.

We’d also filled some small drinks bottles with water and were freezing those too, so we had spares to replace the melted ones with every few hours.

And the cottage was amazingly cool considering the heat outside too.

It only had a corrugated iron roof in the first room where the freezer and coolbox were, so we’d expected it to be like an oven, but it was the opposite and the cottage became a refuge on the really hot days when we just needed to be out of the heat completely.

We got the paddling pool set up after lunch and had luckily got into a routine of filling the 3 black buckets with water to warm in the sun every morning, so we’d have some hottish water to wash up in at the end of the day.

So we used some of that to take the cold edge off the paddling pool water, otherwise all three of us would have whinged about it being too cold, as we’re all chilly people who feel the cold easily!!

We’d originally bought it just for B, but it was so hot, we decided to get in with him, and had lots of fun playing in the pool under the parasol!

I threw together some fried eggs, fried salami and instant mash for dinner.

Then after Ian had settled B, he got his drone out and flew it over our garden and high enough to view the whole village from the air, which was really interesting to see!

It had been another memorable and enjoyable day 🙂

B helping to fill the pool

B doesn’t mind that the facilities are a little primitive – he loved it!