The Bulgaria Adventures 5.8: Getting Our Residence Permits

After waking up early, we walked down to the village square to meet Vesko, who arrived promptly.

Then we had a lovely drive in more glorious sunshine down into Vratsa, enjoying the beautiful views of the mountains, whilst chatting to Vesko about the Bulgarian words we had learned so far!

Even B joined in with some of the animal names he’d been learning in a children’s app called Mondly!

We arranged a time and place to meet back later and then he dropped us off near the estate agents.

Viktor wasn’t there, but his business partner Chris was there on the phone, so we sat quietly waiting, and when he’d finished we handed over the paperwork he’d told us we’d need, and the payment.

The cost was 50 leva each, and the paperwork we were asked to supply was:

That was all we needed!

After scanning and making copies of everything, we walked round to the Passport Agency and spent nearly 2 hours there getting all the paperwork sorted.

The photocopy of the title deed wasn’t considered valid, so Chris and I walked round to the notary office where we’d finalised the purchase and didn’t have to wait long for the notary to stamp and sign our photocopy to verify it was authentic, at a cost of 20 leva.

We had photos taken, and our height measured, and our fingerprints scanned, and we thought we could pay there, but instead we had to go to an ePay outlet round the corner and pay there, then bring the receipt back.

And then we were done!

We were given a receipt with our application numbers on which we hand in when we collect them, as they weren’t going to be ready until after we’d returned home.

We said goodbye to Chris, and thanked him profusely for all his help, then headed to the same café we’d bought a coffee in just after buying the house!

But this time, we ordered some lovely iced non-alcoholic fruit drinks.

I did a video call with Alex and Dom to show them Vratsa, as they’d not had chance to see it when they were out in Bulgaria last time.

We walked through the streets showing them some of the scenery.

After we said goodbye, we went into Billa and bought a few more bits of food shopping including some things for lunch, which we ate on a bench opposite.

Then we popped into a toyshop and bought B a set of vehicles for him to play with, as he’d been such a little star all day whilst we did all boring grown-up stuff!

We found the place where we were meeting Vesko and there was a vending machine nearby so we bought a hot drink for 40 stotinki (about 20p!) each.

Then Vesko arrived and we headed back home.

It had been a very productive and enjoyable day, and now we have permission to stay in Bulgaria for longer than 90 days!

Drinks at the Vratsa Cafe Bar 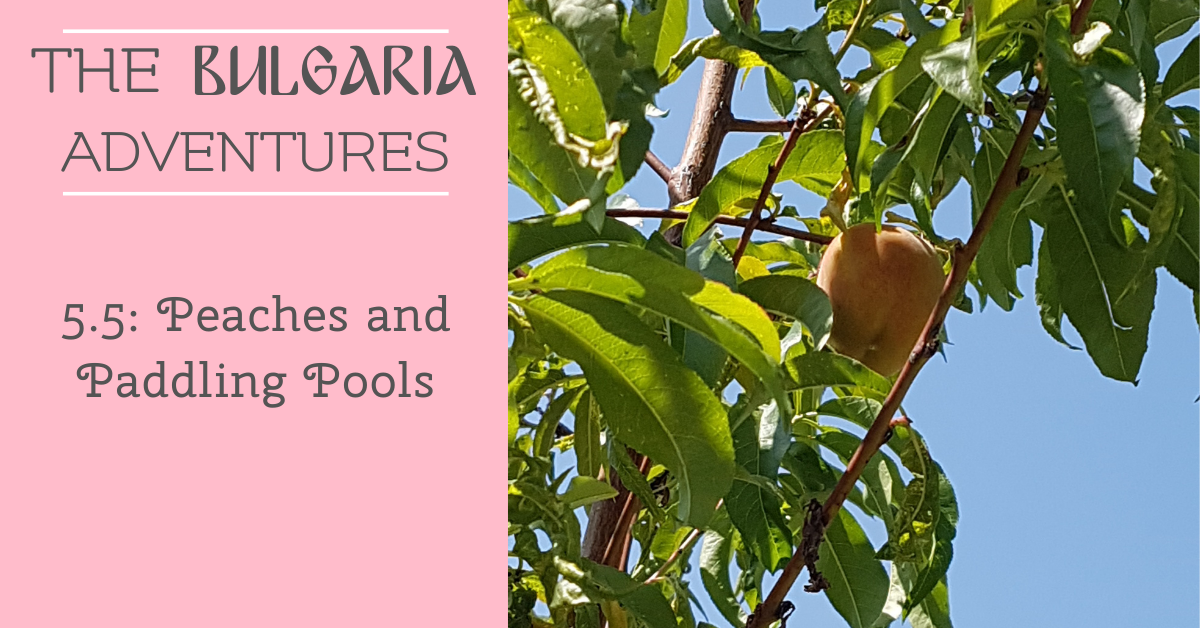