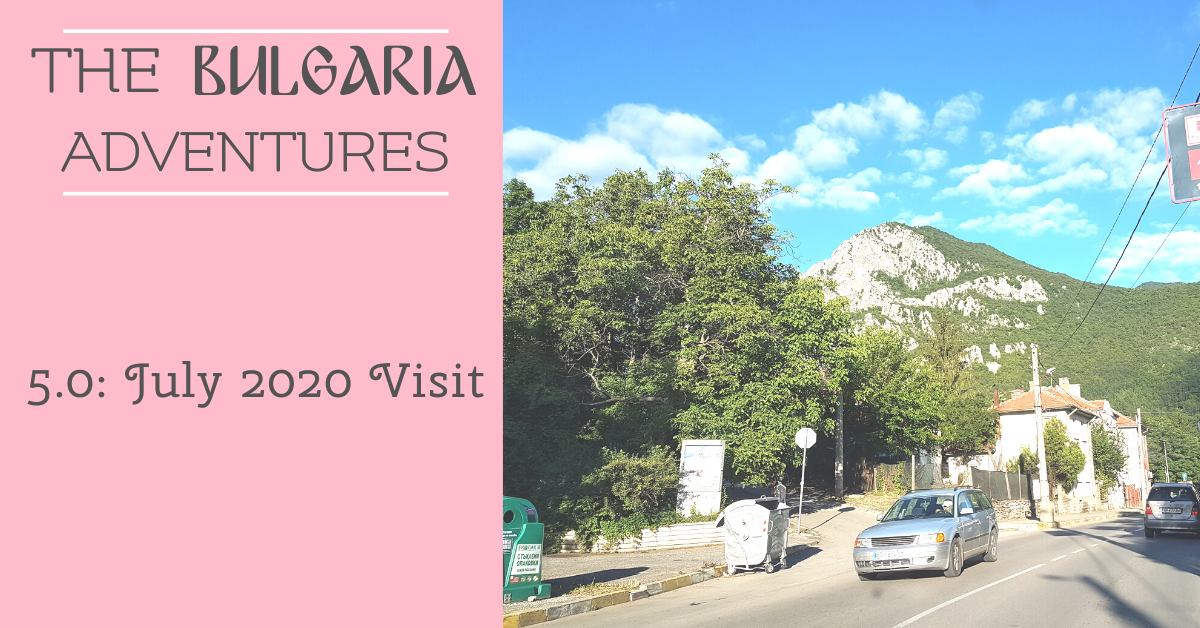 We were keen to get back out to our little Bulgarian homestead, so in early February 2020, we booked not just one but TWO trips out there, one for the end of March, and another for November so we could experience some colder (but not too cold!) weather to start snag-testing any issues we hadn’t yet experienced by only visiting when it was nice and sunny outside!

What do they say about best-laid plans?!

We had all the suitcases packed, all the arrangements made, all the hotels and travel booked (and paid for!), and then, 2 weeks before we were due to leave, the whole trip was cancelled when EasyJet basically grounded most of their flights.

And because we’d bought  cheaper, and therefore non-refundable, tickets/hotel rooms, we lost most of the money we’d paid for them 🙁

So then it was a case of sitting tight and getting through the extraordinary situation as best we all could.

As Spring moved into Summer and travel restrictions started to ease up again, I began to get an uneasy feeling that we should go out there as soon as possible.

So as we could travel again, we booked a trip for as soon as we could, for only a couple of weeks later.

We already had the bags packed, but as we were going out in Summer (which we’d heard could be pretty hot) we packed a few more lighter clothes and when we arranged the next delivery of household essentials,  we added a small paddling pool for B, so he could keep cool in it, and a garden parasol for the table and chair set we’d had delivered on our previous visit.

Because EasyJet were no longer flying out there for the time being, we’d had to book a WizzAir flight instead, going out late at night and landing at 2:55am!

But the taxi driver could only pick us up at 6am!

The day finally arrived and, because the catamaran also wasn’t running for the time being, we’d had to get to the mainland by the car ferry instead, which has no public transport that goes all the way to it!

So we’d asked my sister and brother-in-law to take us there, and pick us up when we returned home.

As most passengers on the car ferry were travelling with a car, and the guidance was to stay in your vehicle on the car deck, the passenger lounge was practically empty!

We had packed a picnic dinner to eat on the way, and found we were able to take over an entire area of the lounge all to ourselves, so B could wander around stretching his legs before the long period of sitting down to come.

It was both quite eerie, and very pleasantly quiet!

When we normally arrive at Portsmouth Harbour station, it’s fairly easy to drag the luggage up the slope to the waiting trains.

This time, we had to drag the luggage through the streets of Portsmouth round from the car ferry terminal to the train station, which was quite tiring.

We got on the 17:39 train to Gatwick and continued the trip up there with no incidents, thankfully, whilst finishing our packed tea 🙂

It was a good job we’d taken it too, because when we arrived at Gatwick, we were quite shocked to see nearly all the restaurants, cafes, and shops closed.

Luckily WHSmith was still open, so I took B in there to get a few snacks and a comic for the flight.

Our 21:50 flight was the very last one of the day too, so there were no other passengers in the terminal after all the previous flights had departed!

Surprisingly though, our plane was PACKED!

B was brilliant on the whole flight; he has taken to it like a real pro and happily played on the tablet we’d brought, ate some snacks, and finally fell asleep for the last hour.

We landed at 2:30am Bulgarian time and were told that due to social distancing, everyone would be bussed to the terminal building in groups of 30.

So as B was asleep and we’d only have to wait around longer in the terminal building with a potentially grumpy, just woken little one, we left it till we were the last ones on board and Ian carried him off, meaning I had to manage all the luggage myself as he had no free hands to cope with that too.

It was NOT easy to manage all the bags AND a heavy, sleeping child, and have passports available in our hands to show too!

So we were fervently praying our pushchair had made it onto THIS flight, unlike last time… 😉

We had our temperature taken by a rather stern looking Bulgarian, then queued to fill in a form to say where we were staying for the next 14 days for our quarantine.

Then we showed our passports and, alleluia, the pushchair had even arrived safely this time, so we could FINALLY place the sleeping child into it and relieve SOME of the heavy weight!

On the other side of the arrivals area were a couple of people waiting, a man dressed in what looked like a disposable white Drs coat, and a border policeman.

B and I sat and waited whilst Ian went outside for a cigarette then I looked around for a cash machine.

Dr Disposable gestured to us to leave the building, and we said we were looking for a cash machine.

So the border policeman first showed us out of the window where it was at a building across the street, then gestured to us to follow him and he escorted us right there, which was very kind for 3 very weary travellers!

We withdrew the cash we knew we’d need for paying for the food and taxis.

This had all taken a full hour after landing, which we were grateful for as we began the 2 1/2 hour wait outside in the dark and (thankfully not TOO) cold, for the taxi driver to pick us up.

B, of course, had by now woken up, and was completely wide awake and bored!

So we did our best to keep him entertained, walking him around the outside of the building, and plying him with the pain chocolat we’d brought for our breakfasts!

It was made slightly better though when the sun started to come up, as the early morning light shining on the mountains across from where we were sitting gave them a beautiful golden glow.

I tried to take photos with my phone but they just didn’t do it justice; it was glorious!

Despite being exhausted, in pain, and not having slept all night, just the sight of them overrode some of my physical discomfort and made me feel excited to be back here again 🙂

Click to read about the rest of our journey...

Photography wasn’t our priority today, so all our pictures are pretty terrible…!

Waiting for the plane…

Sleeping cherub on the plane <3

Sofia from the air

Mountains in Sofia at 6am