The Bulgaria Adventures 3.1: Travelling to Bulgaria 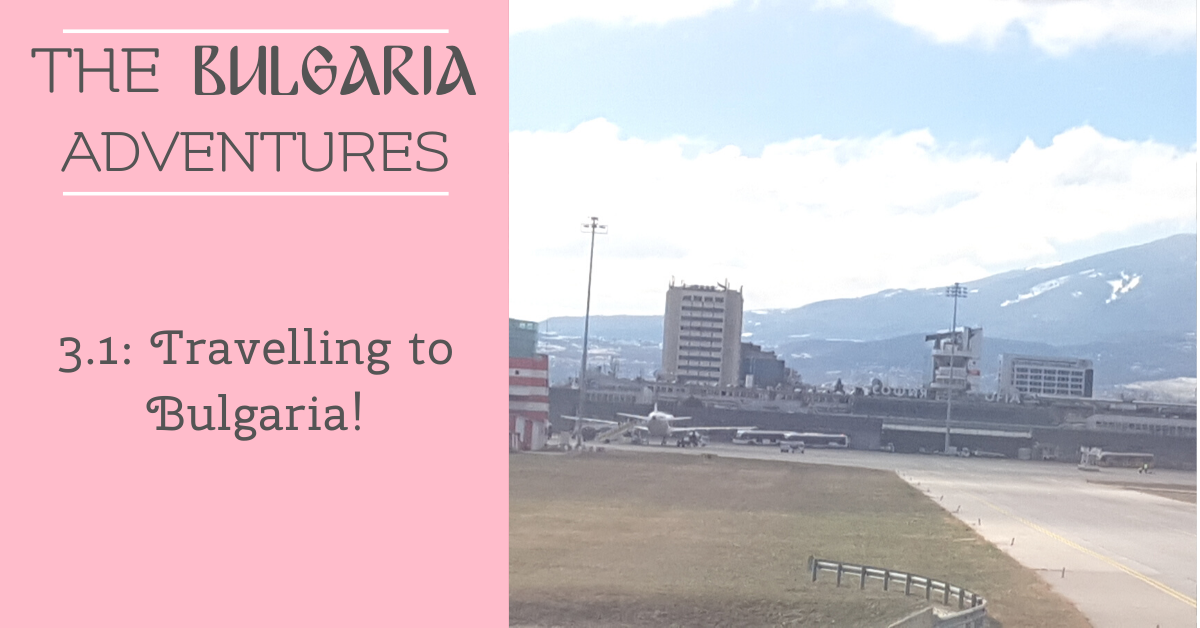 The journey up to Gatwick was uneventful but we were very unimpressed with the ‘official’ taxi booth there.

Booking a taxi through them to get to our Travelodge cost £15, so when we did the return trip back to Gatwick at 4am the following morning, we prebooked through another company and they only charged £8, even at that time in the morning :O

We took their business card and have used them ever since!

Our Travelodge family room was perfectly pleasant, and slept as well as we could.

I always get huge anxiety the night before I fly in case my alarm doesn’t go off and we end up missing the flight, so I find it hard to sleep properly!

I needn’t have worried though as at 3am on the dot, FOUR mobile phone alarms all went off, as we’d ALL made sure we set one!

Talk about taking a belt and braces approach 😉

After taxiing back to Gatwick, I shared out the breakfast we’d brought with us of pain chocolate and chocolate muffins (any excuse to eat junk food 😉 )

B had a bit of a cough and I’d deliberately not packed a hairbrush as I’d planned to buy one at the airport to keep out at the house for future trips.

So after finding the children’s play area at Gatwick, which Alex did a sterling job of keeping B happy and entertained in (and I think he enjoyed himself a bit too!), I bought supplies from the Boot’s store nearby. 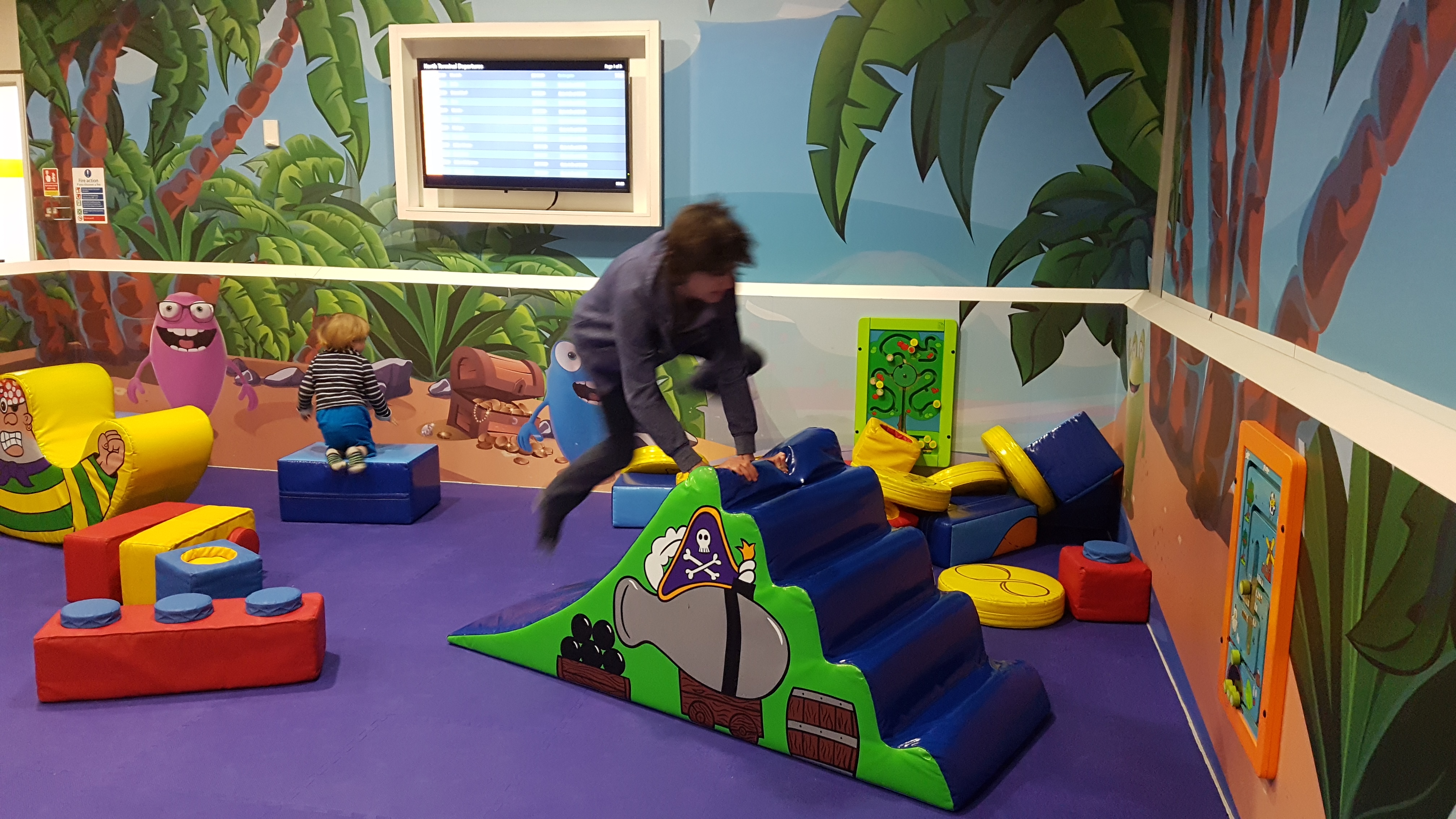 I had the window seat flying out, and we were lucky that partway through the flight, B fell asleep (although he’s quite a veteran flyer now so is usually amazingly well behaved, even though it must be incredibly boring for a little one to be cooped up in a seat for 3 hours!).

So Ian took the opportunity to doze too and I took lots of photos and video out of the window after the clouds cleared over Serbia.

Because B had fallen asleep though, we’d had to wake him up to get off the plane and he was VERY grumpy and unimpressed!

So we then had to get off the plane with all the luggage and a screaming, grumpy toddler so we were pretty frazzled by the time we had made our way through passport control.

After collecting all our luggage, we entered the small arrivals hall of terminal 1 and a man almost instantly swooped down on us and offered us a taxi.

My spidersense started tingling and I was instantly reluctant, but everyone was so tired and fed up so we just went along with it as we felt too stressed from B screaming and everyone looking at us to stop and get our bearings, look for the taxi rank and make our own way there.

We were walked across the road PAST the official taxis to a taxi waiting in a car park with a driver different to the man who had offered us a taxi.

I was very confused and wondered if we were going to have TWO taxis as there was no way us and all our luggage could [legally] fit into the one car.

But nope, we were all piled in and by the time I actually realised that it was just the one car, all our luggage had been stuffed in the boot and around us, and I was just too exhausted, confused, overwhelmed and yes, too bloody British to refuse to travel without all of us being safely strapped in with the requisite seat belts, child car seats etc.

Thankfully, there were no accidents on the way to our destination, Serdika Metro station.

And I was so grateful we’d all survived that when he told me the price of 50lev, I didn’t even register the cost and handed over 3 x 20lev notes expecting to be given 10 in change.

But the driver just drove off, obviously treating the extra 10 as a tip :O

Listen to your gut instincts, and always use the official taxi ranks at airports!

Anyway, we quickly put the negative experience past us and focused on the positives; here we were in Sofia, Bulgaria’s capital city!

I was so excited to explore this new city, and we had to cross the busy main road anyway, so we took the scenic route to our hotel, through the metro station that incorporates some of the Roman ruins into its structure and goes under the road we needed to cross!

Coming up the other side, B slipped on the escalator and scraped his leg.

This became known from then on as the “Oh Dear Escalator”, and he still talks about it now!

As we were hungry and all needed a bite to eat, we checked out a takeaway hut close to the “Oh dear escalator” and all had a very yummy Bulgarian style hot dog, which also spawned a favourite lunch for Dom after he came home due to the fact that they toasted the bread roll it was in.

Feeling thirsty after that, to my great shame and chagrin, we then went to McDonalds for a Coke!

I have a rule whenever I go abroad that I refuse to eat in any chain restaurants like KFC, Burger King, McD’s etc as I want to eat local style food and support local businesses and local people.

But the boys wanted to check out a ‘foreign’ McDonald’s to compare with home, plus we still had all our luggage to carry as we couldn’t check into the hotel yet, and it was literally round the corner from our hot dog hut, and very close to our hotel.

So ONLY because it would minimise the walking around looking for somewhere ELSE to get a drink, I relented and bent my own rule 😀

Finally, we could check in so we lugged our stuff round the corner to our hotel and got settled into our room, which was like a small 2 bedroom suite, with the big boys in their own room with a single bed each, and the 3 of us on a sofa bed in the lounge.

Which wasn’t the most roomy and comfortable, but it wasn’t their fault we were cosleeping with a fidgety toddler 😉

We’d planned to take our house keys to a locksmith in Sofia to get some copies made as we only had one of each key for all the doors and the front gate.

So we set off on an exploration of Sofia, trying to find a locksmith we’d found via a previous Google search and bookmarked, whilst keeping an eye out for somewhere to get a decent hot filling meal too.

Seeing the old trams was fascinating, especially for the boys who had never seen a tram before.

Alex was into Instagram at the time so did some Insta videos of his walking around the streets of Sofia.

We found the locksmith but he couldn’t seem to do the copies we wanted for some reason.

We obviously lacked the necessary skills in Bulgarian to understand why!

So we gave up on that mission and focused on finding somewhere to eat instead.

Alex suggested using Google maps to try and find a good place to eat, and thanks to that we discovered the glory of Happy Grill, a restaurant that has become a bit of a favourite when in Sofia now!

We all had a lovely, memorable, celebration dinner there, all for the very reasonable price of about £20, including our drinks, AND dessert!

After returning to our hotel, we took it in turns to use the wetroom for showering as we hadn’t had chance to have a shower that day yet, and then we slept, ready for the BIG day tomorrow…

A few more photos from our day…

Roman archaelogy inside the metro station

Dinner! One of our Happy Grill meals 🙂

The boys’ room at the hotel

The sofa bed the three of us slept in at the hotel! 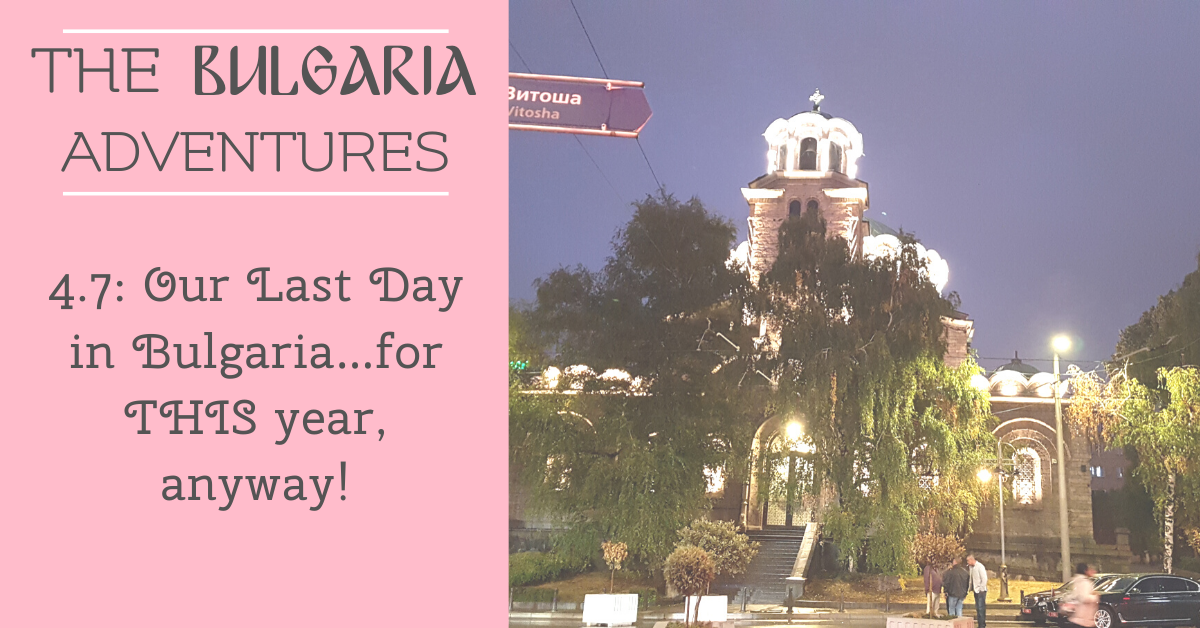 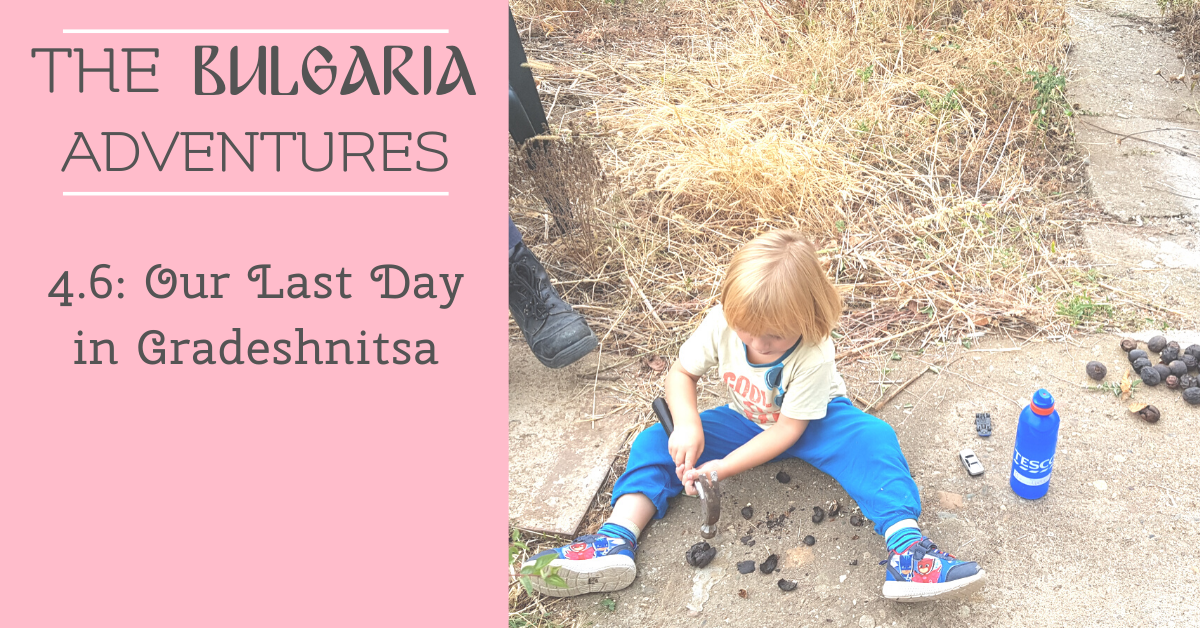 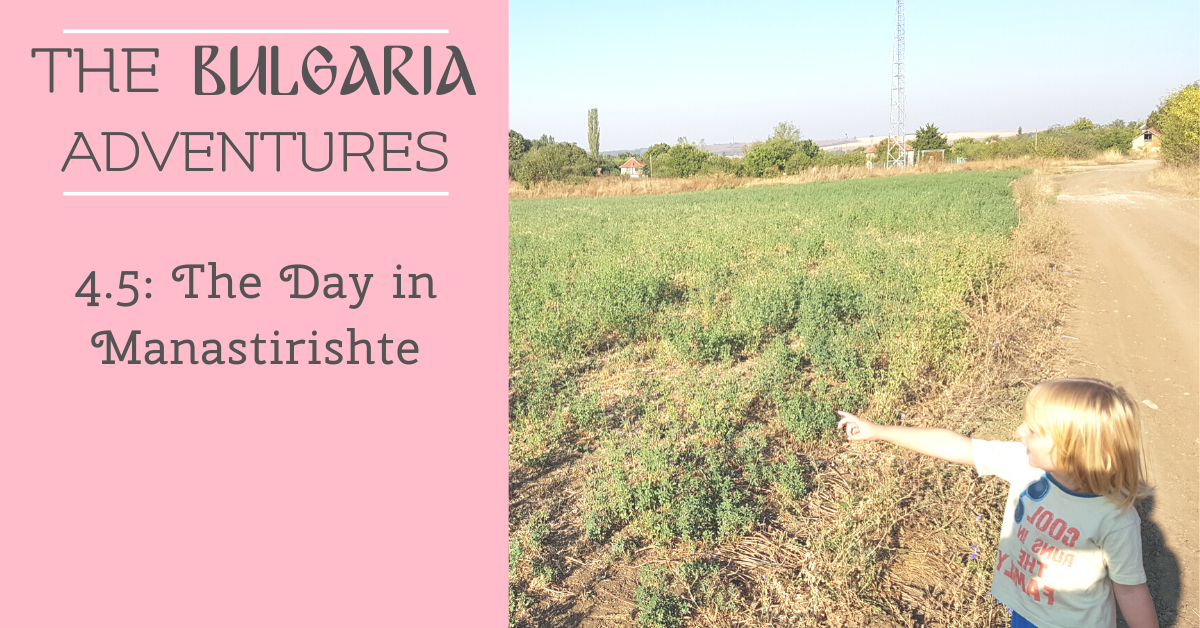