Climbing the Mountains of Life 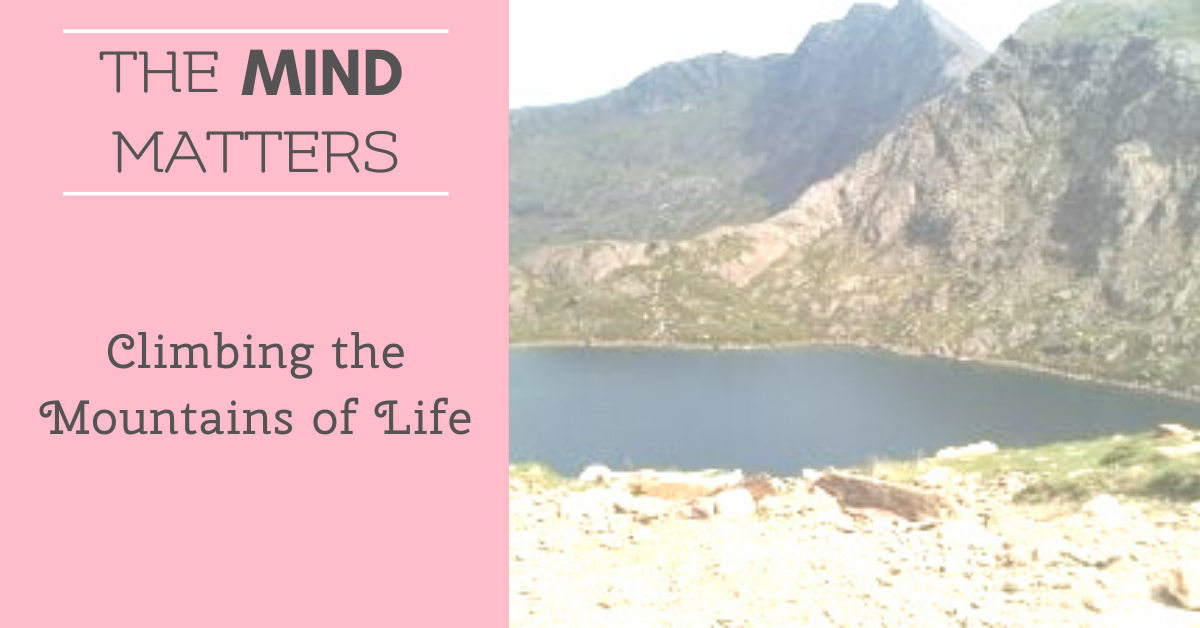 I’ve just come back from a weekend in Snowdonia, the first time I’d returned there after 18 years.

18 years ago, when I walked up Snowdon the first time (the highest point in the British Isles outside of the Scottish Highlands), I was young, fit, healthy and had had no children, and we took the longest, shallowest gradient (and therefore, easiest) route to the summit.

It was a fair physical challenge for someone who had never done such a thing before, and an exhilarating achievement, not unlike giving birth to my children!

This time, however, I was in my early 40s, had done no exercise for a good number of years, had been diagnosed a few years earlier with a chronic health condition that causes widespread pain and fatigue, and my body had gone through the challenge of bringing two brand new human beings into the world!

Plus, this time, we decided to attempt a slightly more challenging route, which was shorter (and therefore steeper, at times) and included the odd bit of scrambling as opposed to straight walking.

Knowing my current physical limitations created a somewhat mixed mindset; on the one hand I was full of optimism and determination to get up to the top (as I had a rather naive belief that a positive mindset would over-ride ALL the physical limitations!), yet I was also somewhat anxious that my body might let me down and spoil the experience for myself AND for the other people walking with me.

Many women facing the prospect of going through labour and birth can feel this way too; hopeful of a completely natural experience yet fearful that something may go wrong with the way THEIR body works on the day.

Rather like early labour, the start of the walk was rather gentle and slowly eased me into the experience.

I was lucky to also have a friend with me who I hadn’t seen for a long time, so I distracted myself from any mild discomfort at this point by chatting away to her, catching up on our news.

My (‘birth’!) partner saw I was comfortable and enjoying spending time with my friend so he left me to my own devices and went on ahead, chatting to the other two members of our party.

We regularly kept ourselves hydrated along the way and the first stage of my journey was relatively painless and easy to cope with.

I was able to stop frequently to enjoy the scenery and take photos, and felt pleased and gratified with what I’d managed to achieve, and this imbued me with more confidence that I’d be able to cope with what was to come.

The next part of the journey was harder – the route guide itself describes it as a hard climb that climbs steeply over scree.

Maybe if I’d read the route guide BEFORE I’d done the walk, I might have felt too daunted to attempt it!

But sometimes, the benefit of NOT knowing how hard something will be is that you’re not too afraid to try it!

This part of the journey really pushed me physically and I quickly felt exhausted and really in pain.

Just like going through a birth, I also didn’t know how much further I would have to go feeling like that, or if it would get much worse, and that started to shake my confidence.

I also reached a point where I stopped focusing on my own journey and started comparing myself and my progress with the others around me.

It then became frustrating and somewhat humiliating to notice even children and much older people passing me more quickly.

I felt the burning shame of not being ‘good enough’ when I noticed that the rest of my party had managed to go on quite a way ahead, and I was just left with my partner, who had noticed my struggles and stayed with me.

I felt my ego need to justify my slowness by loudly expressing my frustration with ‘having a limiting health condition’ just so that some of the strangers around me, whose opinions shouldn’t even matter as they didn’t know who I was and I’d never see them again, wouldn’t just think of me as slow and pathetic, which is how I was starting to view myself at that point.

My self-acceptance diminished and I found myself descending into a victim mindset, whereupon I began complaining that it wasn’t fair, I can’t do what I want to do anymore, etc.

Then the last bit of this stage became so steep that nobody could help me physically, and I had to focus intently on getting through it.

I had to shut my mind off, stop thinking, and really dig deep into my own physical (and mental!) resources and find a way to keep going.

There was no going back the way I’d come, and staying still on the rocks for the rest of my life wasn’t an option I relished either!

So I gave myself a mental kick up the backside and made the decision to keep moving forward, but this time taking just one step at a time and staying focused solely on what I was doing, not comparing myself to anyone else around me.

Just making my own way ‘through the labyrinth’ and trusting that as long as I kept going, no matter how slowly, I’d get to the end eventually.

All I had to do was keep on going on.

We finally reached a plateau where the others were sat waiting for us, and I could rest.

It was only when we stopped and I wasn’t having to focus physically for a while that my thinking mind again reared up, and I began to sink so much into a state of fear that I started feeling the full effects of adrenaline surges; my legs were now like jelly, I felt sick, and I was mired in self-doubt about my ability to go on any more. 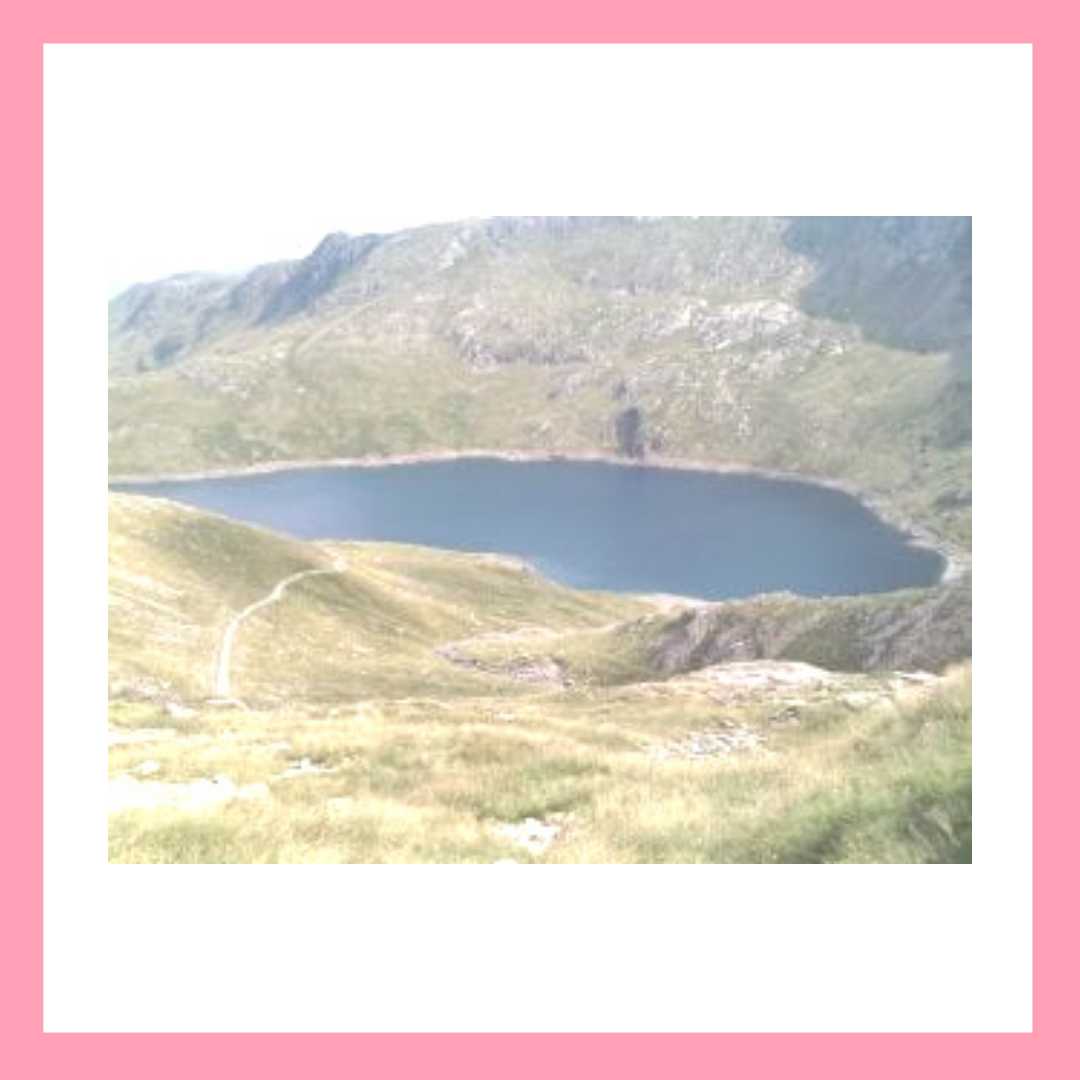 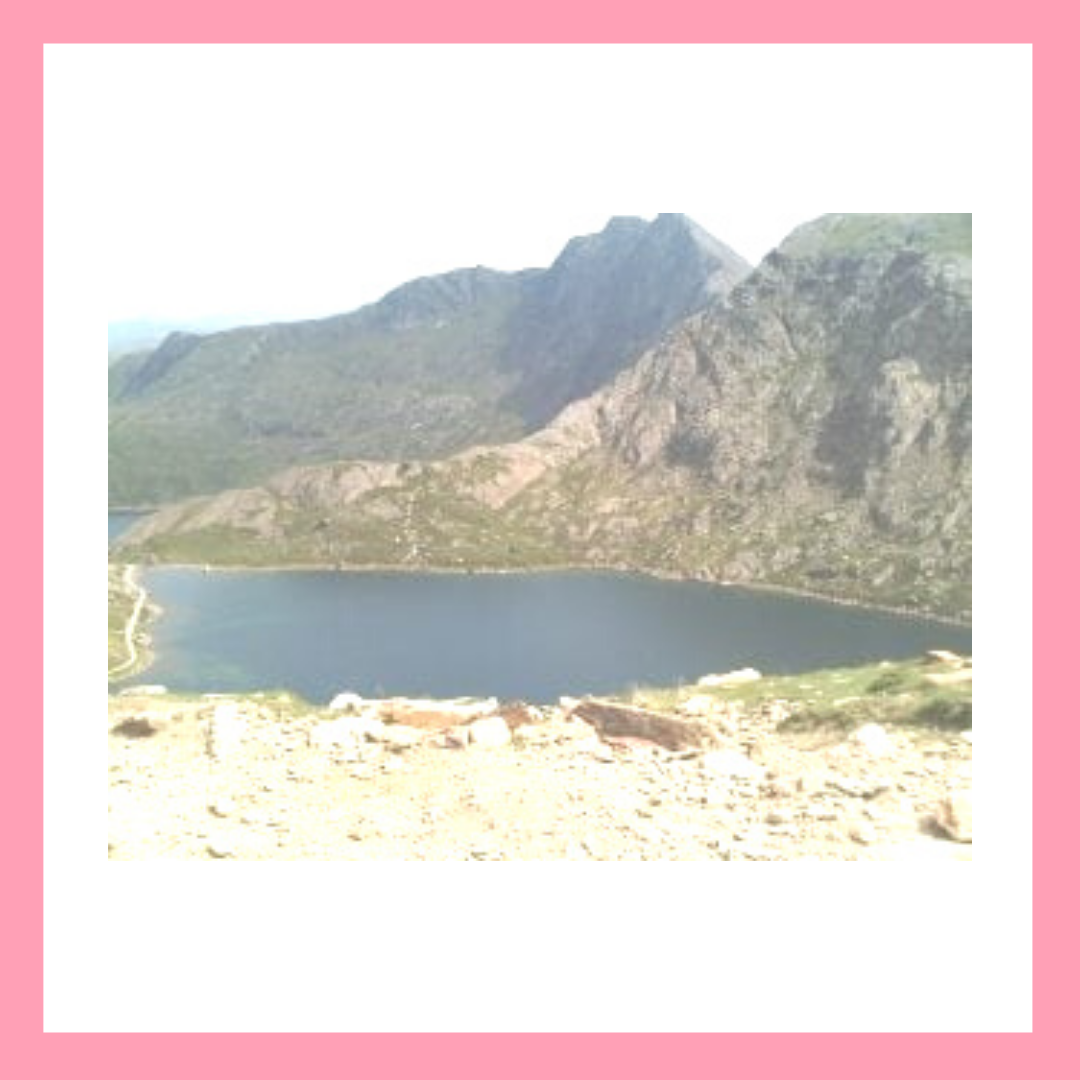 I suddenly became aware of how high up we were.

The altitude, which earlier had seemed exhilarating and meant spectacular views (which I’d been enjoying taking many photos of), suddenly came to mean almost certainly plummeting to my death!!

My head swam and I sat through my own ‘transition stage’, wobbling my way through the gate of fear as I wondered why the hell I was putting myself through all this, and looking for ways to get out of carrying on, as I just couldn’t do this anymore!

Many women going through the transition stage of labour have these thoughts and feelings too.

I even toyed with the idea of calling mountain rescue to send a helicopter, but the humiliation of that felt FAR too much to bear!

The fear-tension-pain cycle had kicked in and I was in a lot more pain by then too.

I sat, feeling embarrassed at how easy the others seemed to be finding it, and pitied myself for not being as healthy as I used to be.

I looked up at the summit and it still seemed so very far away, with no way of knowing how long it would take me to get up there, so I decided then that I needed to draw on additional resources to help me get through the rest of the way.

I took a couple of my prescription painkillers, drank some water, and practised the breathing awareness exercises I teach in my antenatal courses, to calm my mind and reduce the adrenaline surges that I knew were hampering my progress and making me feel worse.

After a brief discussion, it was decided that we didn’t have enough time to reach the summit and would just carry on up to where the track we were on joined another track that we’d follow back down again.

Suddenly I felt reprieved, that my inadequacies were not going to be fully revealed as someone ELSE had decided our walk was going to be shorter!

I WASN’T going to be the one responsible for ruining everyone else’s experience after all!

This gave me a huge sense of relief and I was able to overcome my earlier wobble enough to stand up and have this photo taken, with a big smile and a thumbs up to hide how much I was shaking by now! 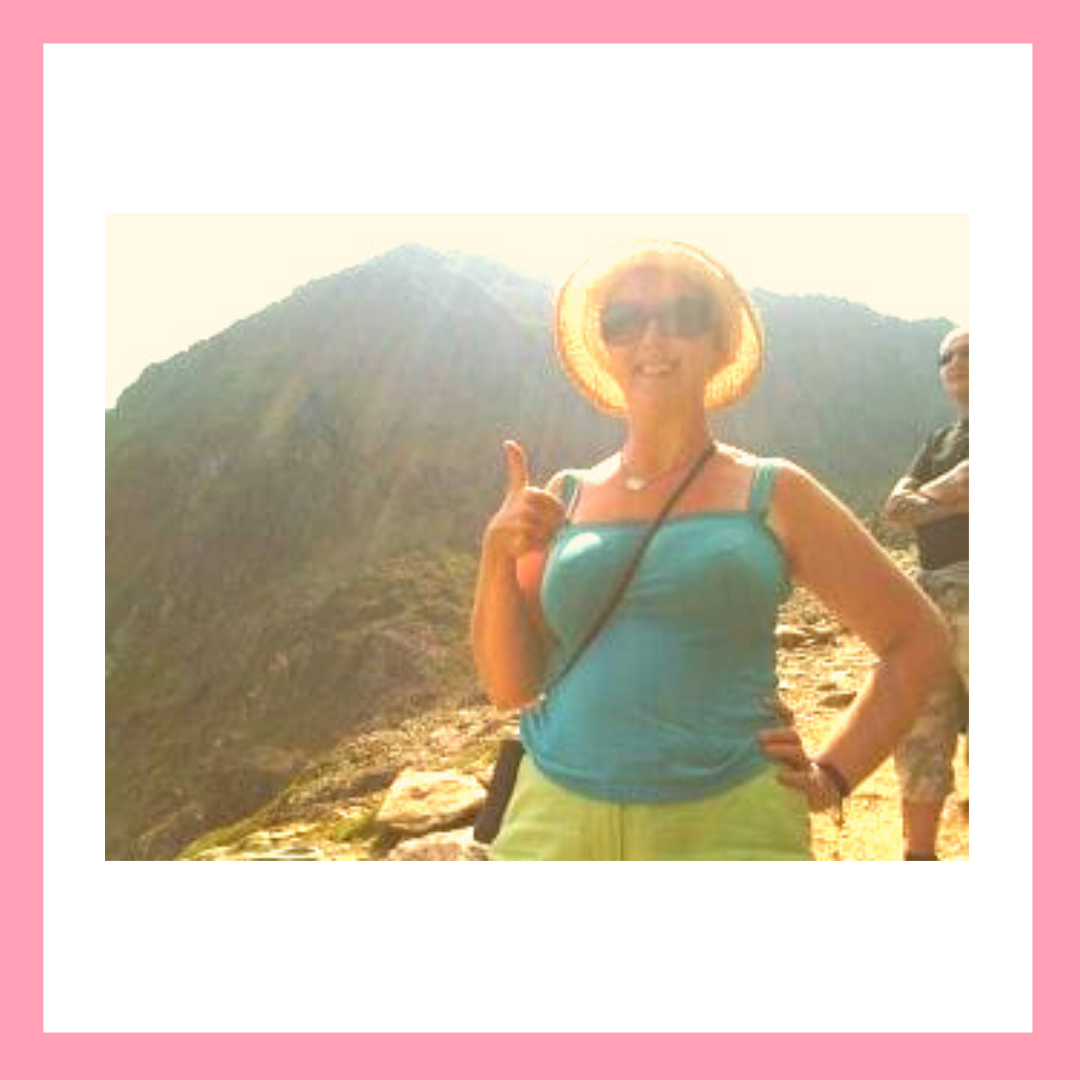 But to get there, we still had to scramble up several metres of steep grassy ground, and my head was still swimming slightly.

It was the encouragement of my partner that got me through this last part of the journey.

He pushed me verbally, kindly but firmly telling me it was OK, I could do it, it’s not far now till the next bit when I could stop and rest etc, even gently chiding me for thinking negatively.

He tuned into what I needed to keep me going and he delivered it, just like a good birth partner, doula or friend does!

After hours of pushing myself through the biggest physical challenge since birthing my babies, we were finally in the car on the way back to the campsite!

I was exhausted, in a lot of pain, and bloody relieved it was all over!

But I was also proud of myself and what I had accomplished!

It had been a scary thought to tackle something so demanding with a chronic health condition, but my determination to push myself through it had won out and now I could take those coping strategies that had worked to get me through it and use those in the future whenever anything became challenging.

The same is true of getting through birth, or those scary early weeks of learning to parent a baby, or coping with ANY challenge in life really.

And ALL of those feelings are OK!

They are all perfectly normal thoughts and feelings to have when going through a tough time.

They only become problems when we become mired in them, stuck in our negative thought processes and unable to progress through them to come out of the other side.

When that happens, we have to draw on other resources around us.

If we don’t have any, we have to use our last ounce of energy to find some from anywhere we can!

We deserve to get off that mountain and carry on with our journey through life!

And then, we can feel REALLY fricking proud of ourselves for getting through the bloody tough stuff… 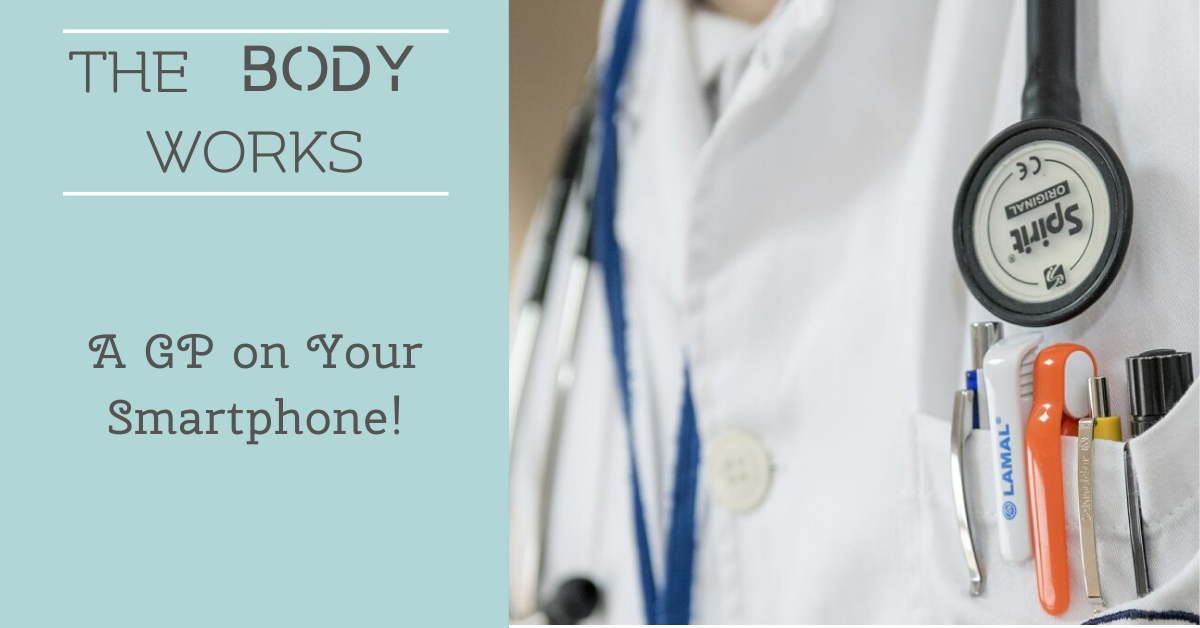 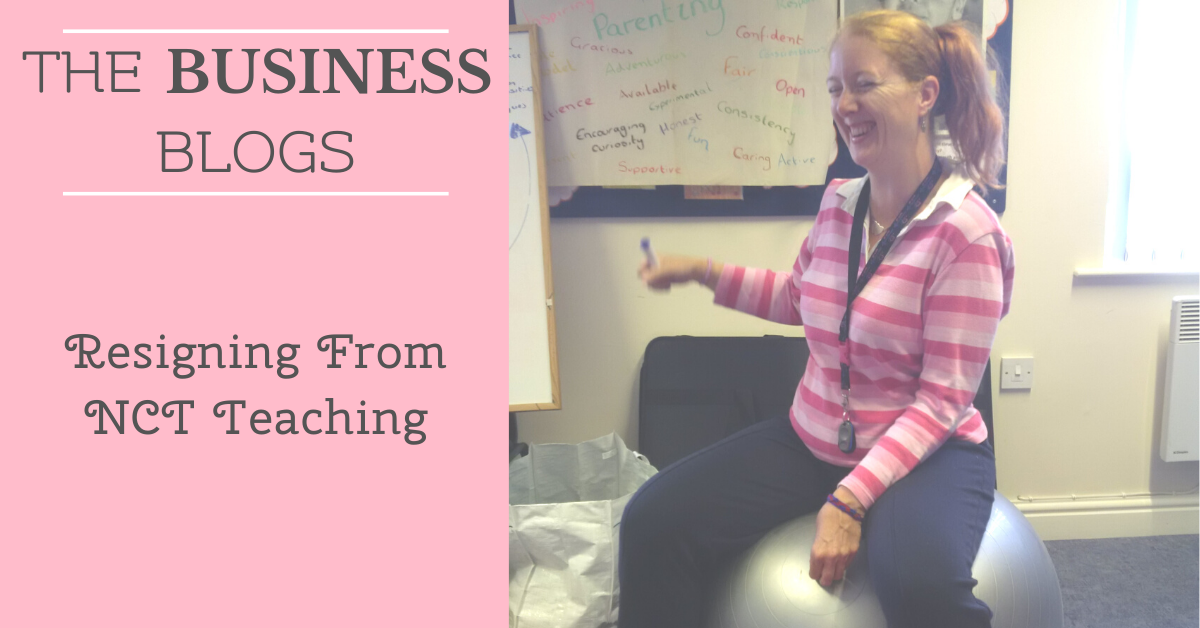 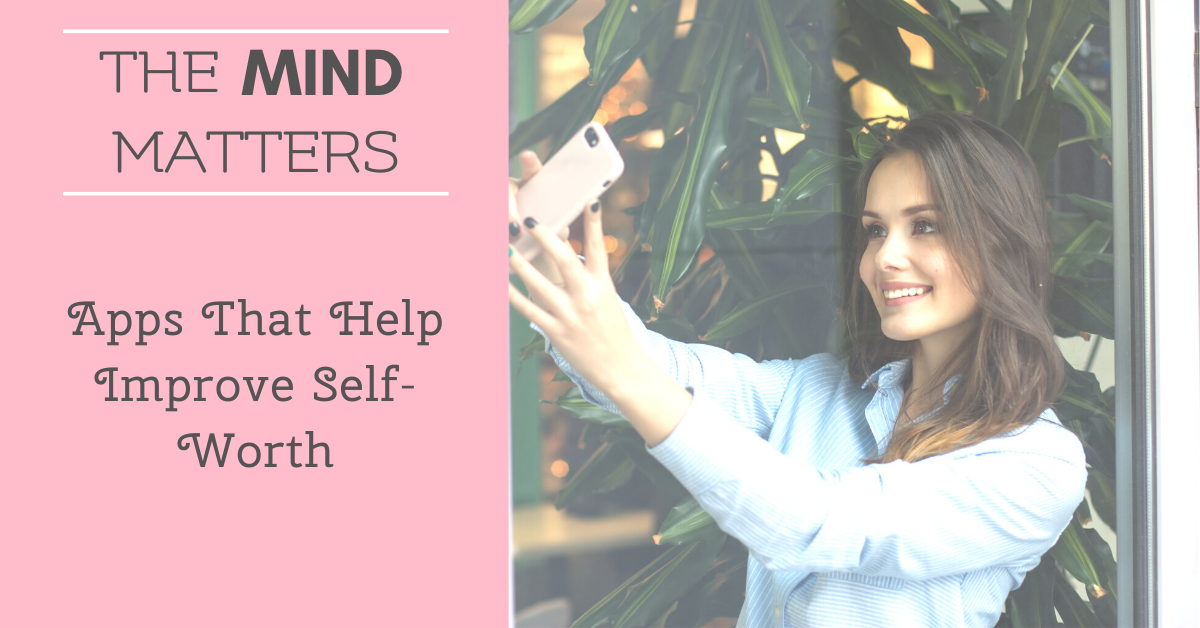