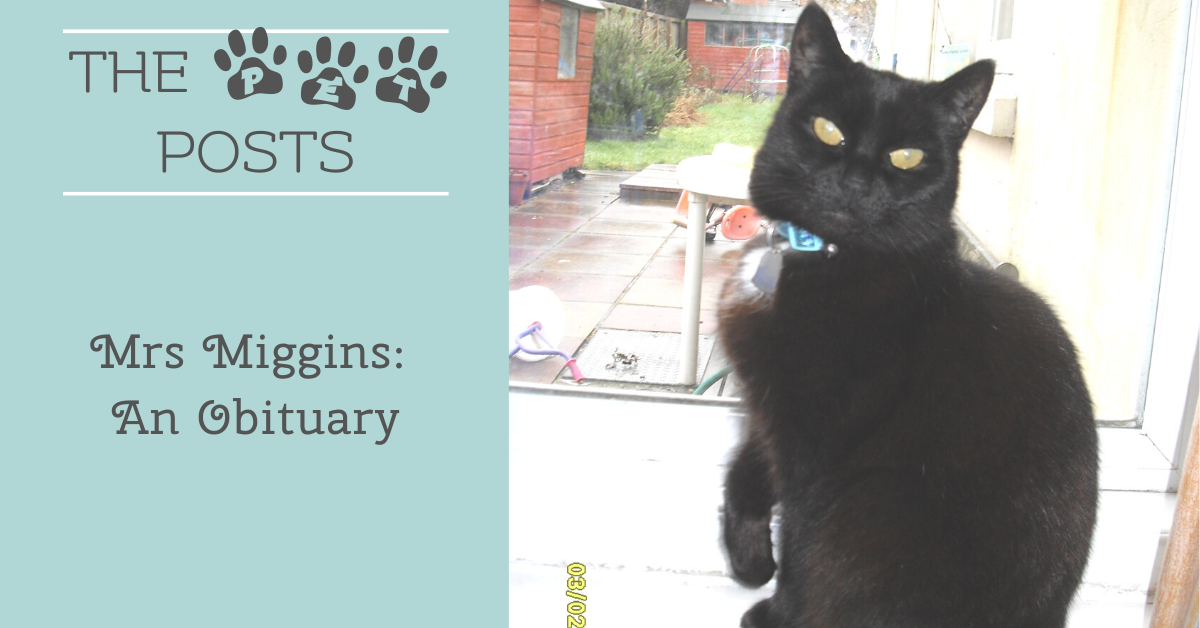 My little Josie crossed over today, after blessing me with her unconditional love for 17 1/2 years. 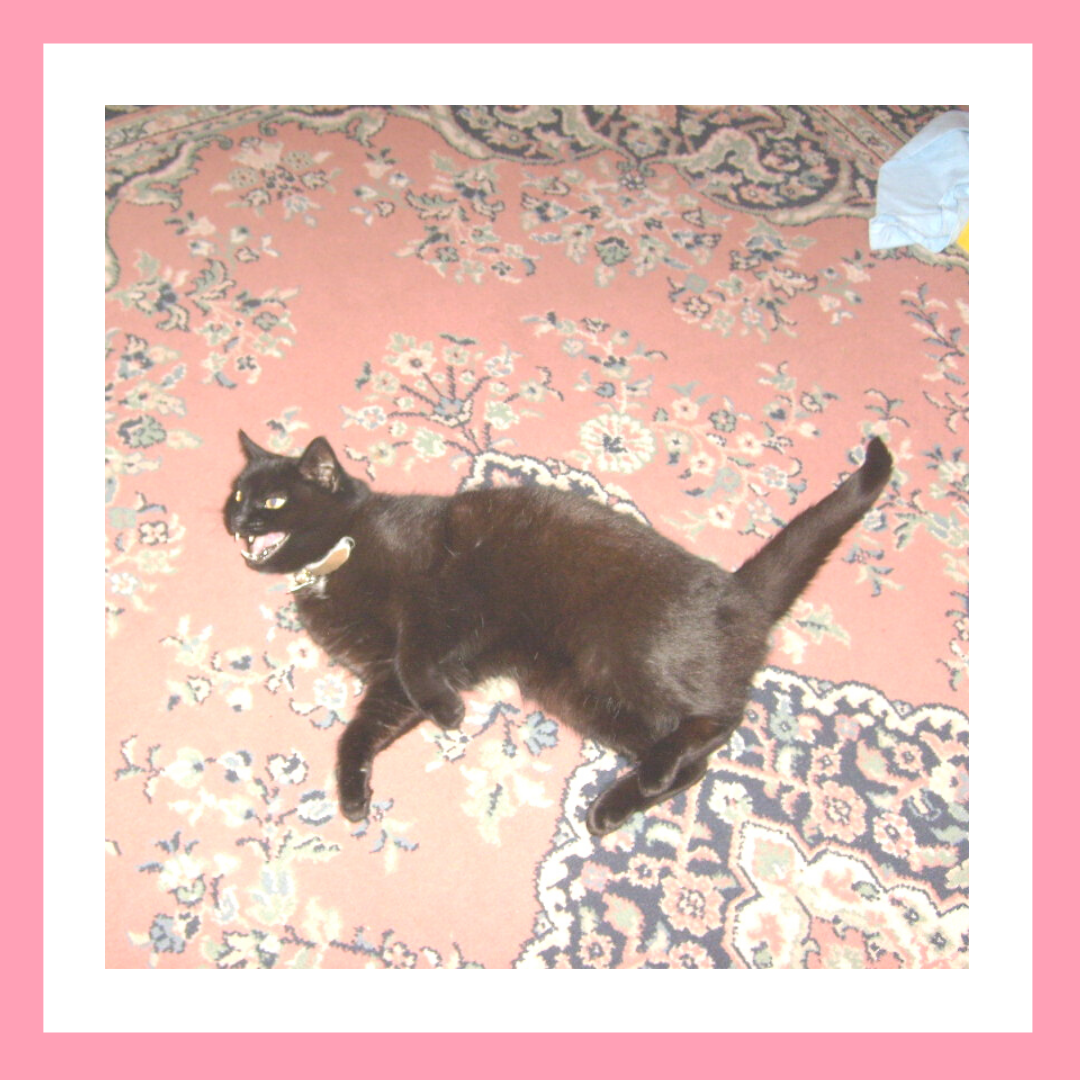 I’ve been through a lot of life changes in that time; we got her 3 weeks after we bought Chateau Wood, when she was about 8 weeks old. 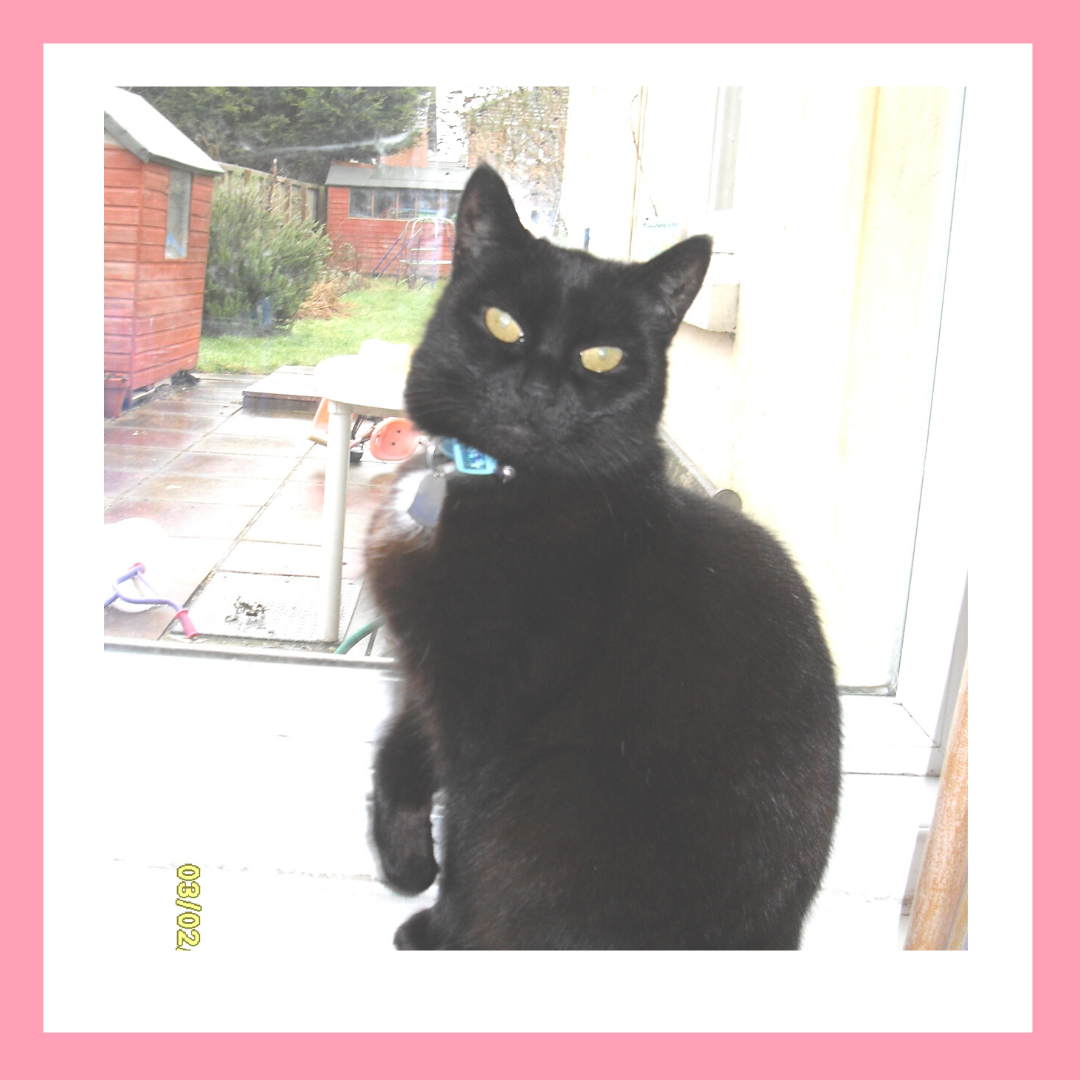 She was one of the few souls who truly saw me through my wedding, becoming a Mother, becoming a Mother again, losing babies, moving houses, changing jobs, post-natal depression, the breakdown of my marriage, and many other life transitions, all with the same sweet, quiet, unassuming nature that led me to think of her as Bastet at times, for her statue-like poses.

I was so glad I could be there for HER biggest life transition today.

She had been in good health all her life until one day she started seeming like she either couldn’t walk or see properly and was stumbling around bumping into things.

I took her to the vet and they couldn’t find anything wrong with her, so they suggested just taking her home and keeping an eye on her. 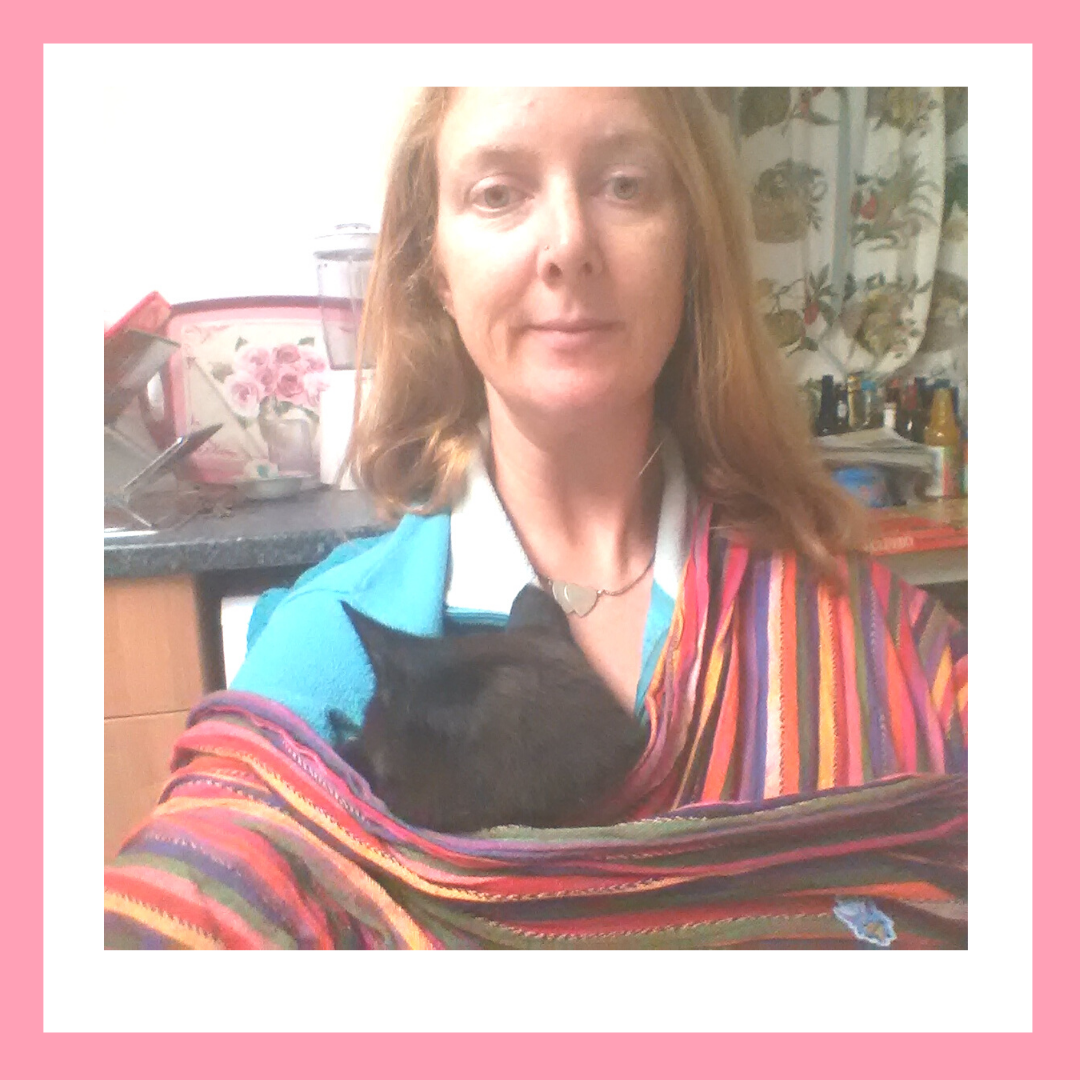 When she had been a kitten, she used to like sitting on my shoulder so I had made a top into a kitten sling so I could carry her around the house snuggled into my chest like a newborn baby!

It’s funny that the first ‘baby’ I had worn had actually been a kitten rather than my own baby!

During her brief illness, I dug out my own human baby sling and wore her again, and she seemed to derive great comfort from being held against me again.

She had a few other funny ‘turns’ over the next week or so and even seemed that she might make a recovery, but on this particular day I knew it would be very soon as she lapsed into unconsciousness.

She didn’t seem in any distress or pain so I didn’t want to cause her either by moving her, but didn’t want to do nothing if she needed medical support.

I phoned the vet for advice and they said that as long as she seemed calm, that she was probably best not being disturbed by bringing her in.

So I stayed with her on my bed, stroking and cuddling her, softly speaking to her so she would be soothed.

Even our other cat Precious jumped up on the bed to snuggle with her too, and looked very concerned about her, licking and nuzzling her.

She had NEVER done this before… 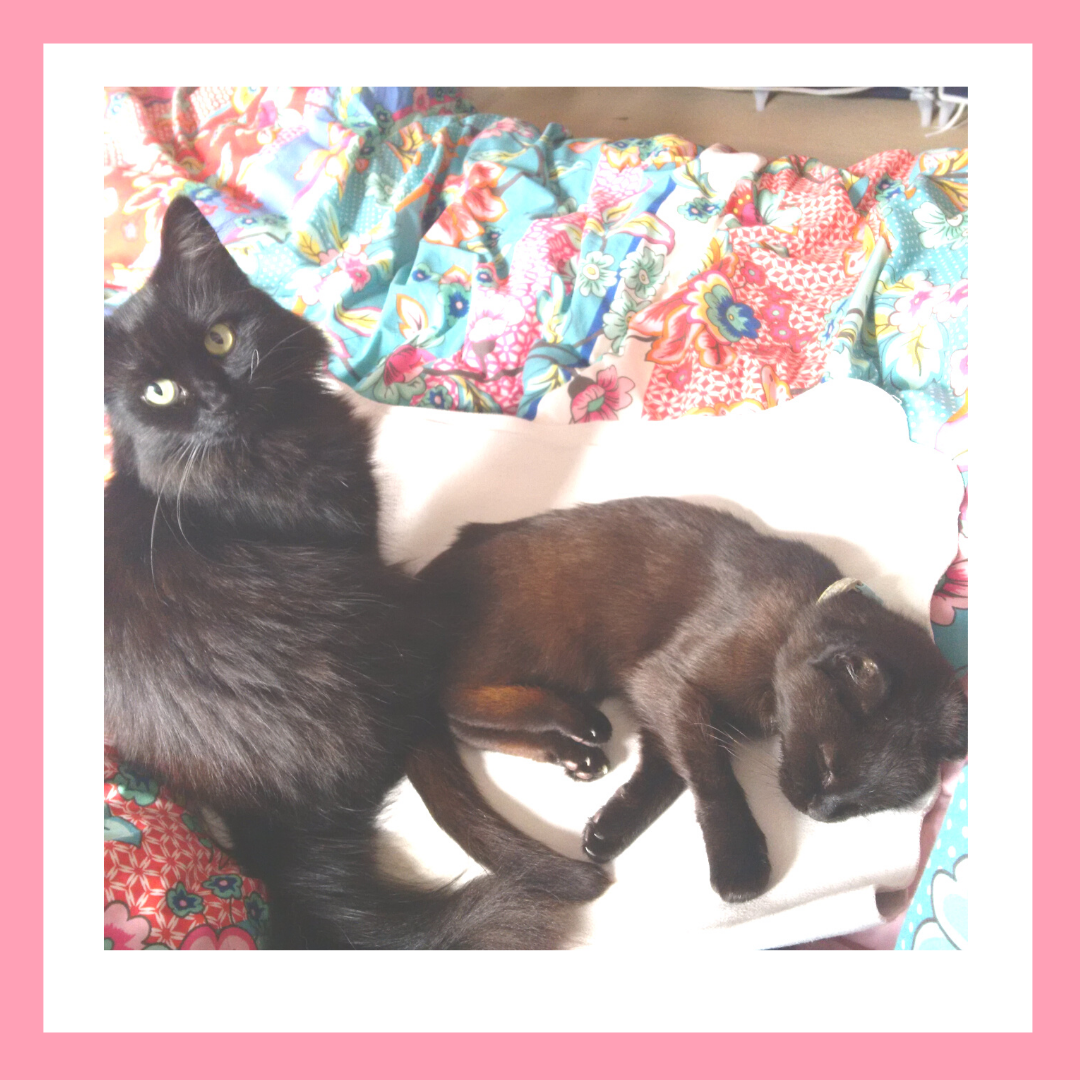 I had to leave at 2pm to get the bus to pick up my son from school and I was very worried about having to leave her, and her consequently dying all alone.

I knew she was getting very close to her time and I wanted to be there for her in case she needed me to call the vet to come and help her with pain relief or even euthenasia if she seemed in pain or distressed.

I couldn’t bear the idea of leaving her to possibly suffer all alone.

I even texted his Dad to see if he could pick him up but unfortunately, he was unavailable.

Very considerately, as she had been most of her life, she finally transitioned at quarter to 2, giving me a full 15 minutes to sob my heart out and then clean myself up and compose myself before leaving for the bus.

She passed away lying on my lap, where she has spent so many hours before, with her little head in my hand as I thanked her for being in my life and for the many treasured memories I have of our time together.

I was also concerned that telling Dom at school would be awful for him, so when I turned up to collect him I whisked him away as quickly as I could with a falsely bright air about me, even rushing him off to another bus stop so we didn’t have to wait right outside the school with all the other parents and children passing us in case he somehow sensed my true mood and started crying himself.

But he knew something was wrong and actually asked me if Josie was still with us.

I’m terrible at lying, so I just said we needed to get home quickly.

When I eventually told him, he actually accepted the news with a very quiet, stoical, calm air.

Alex, bless his heart, wrote her a note after he found out the news when he came home from school.

One part, which I love, said “Life is short, but when loved, you become infinite”.

Josie is now well and truly infinite, if our feelings of loss at her passing are anything to go by….